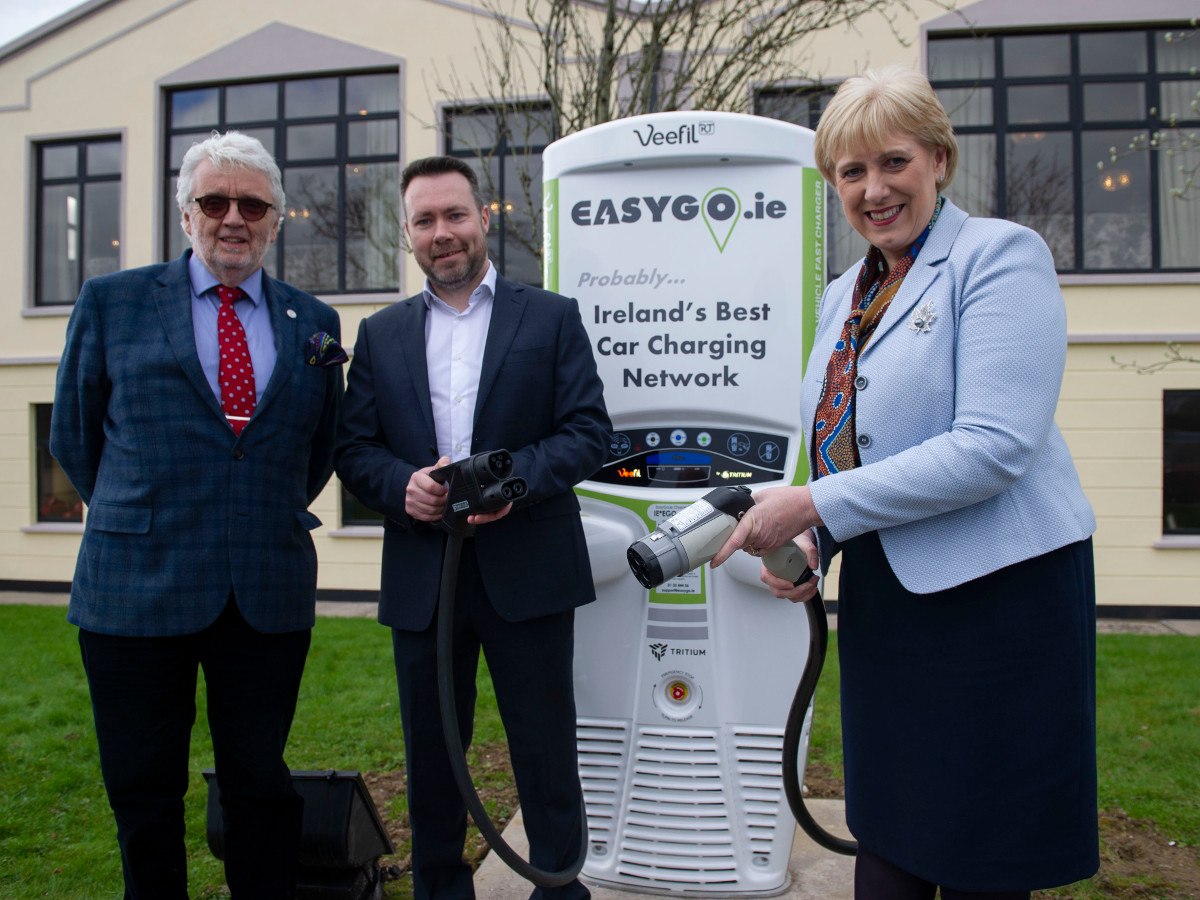 EV charging network EasyGo has announced the installation of what it claims to be Ireland’s most advanced EV charger.

The sale of electric vehicles (EVs) is rising all over the world. While EV sales are a while away from overtaking traditional car sales, the need is still growing.

Founded in 2018, EasyGo is Ireland’s first and only privately owned EV charging network. Yesterday (26 March), the company announced the installation of what it claims to be Ireland’s most advanced EV charger at the Four Seasons Hotel in Monaghan.

At the launch of the new chargers, EasyGo announced that it plans to install 88 chargers across the country by 2020, with at least 20 installed by the end of this year. This will also create up to 50 jobs in operations and customer support.

The company has deployed a Veefil-RT 50kW DC rapid charger from charging technology specialist Tritium. According to EasyGo, the charger can add 50km of range to an EV in just 10 minutes.

Tritium has installed chargers in more than 29 countries and its Veefil-RT is considered one of the most advanced EV chargers. With a small physical footprint, it allows for an unobtrusive installation. Each charger features a modem that can alert EasyGo and EV drivers in real time if the charger is available or not.

EasyGo co-founder Chris Kelly said the chargers are necessary for the EV demand in Ireland. “Sales of new EVs in Ireland have increased by 541pc this year alone, so it’s clear we’ll need more charge points to cater for an increase in EVs on the road,” he said.

“EV drivers are always looking for places to charge, and the availability of this and future rapid chargers will help ensure drivers have options across Ireland, from Malin Head to Mizen Head.”

Kevin Pugh is the business development manager for Tritium in the UK and Ireland. He said that EasyGo’s plan to install 88 charging sites in the next two years will lead to an increase in EV adoption. “It’s been proven time and again the world over that the installation of publicly available rapid charging options leads to greater EV uptake,” he said. “This will have a major impact in helping Ireland achieve its climate change goals.”

At the launch, Minister for Business, Enterprise and Innovation, Heather Humphreys, TD, said the deployment of the new DC rapid charger will be another step forward in Ireland’s efforts to combat climate change.

We use cookies to ensure that we give you the best experience on our website. If you continue to use this site we will assume that you are happy with it.Ok